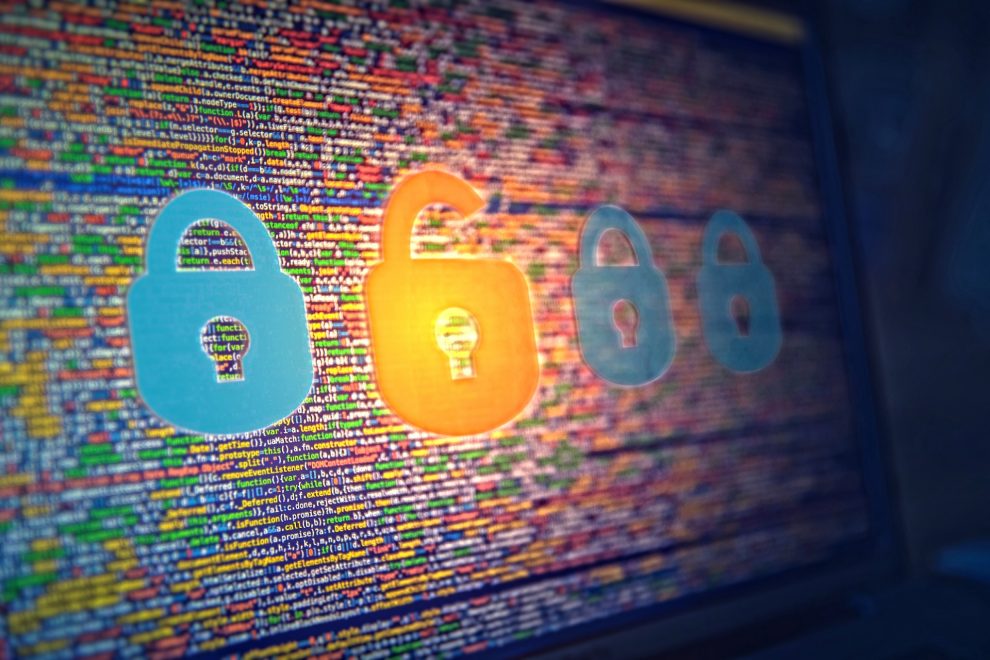 We’re happy to announce the availability of a new decryptor for GoGoogle (aka BossiTossi) ransomware. This family of ransomware is written in Go and generates encrypted files with the .google extension.

First of all, it is written in Golang, a programming language that has grown popular among ransomware creators as of late. Secondly, the two versions of GoGoogle use two distinct encryption methods, depending on the size of the files to be encrypted. While one version exclusively uses XOR-based encryption, the other uses XOR for files larger than 1MB and RSA 1024 for smaller files.

This decryptor currently solves infections for .google files encrypted with the XOR method. An updated decryptor to become available in the future will handle the RSA 1024 scenario as well.

Step 2: Double-click the file (previously saved as BDGoGoogleDecryptor.exe) and allow it to run.

Step 3: Select “I Agree” in the License Agreement screen 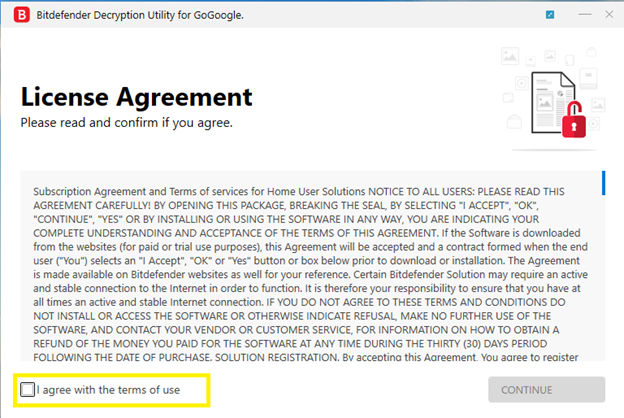 Step 4: Select “Scan Entire System” if you want to search for all encrypted files, or just add the path to your encrypted files. We strongly recommend you also select “Backup files” before starting the decryption process. Then press “Scan”. 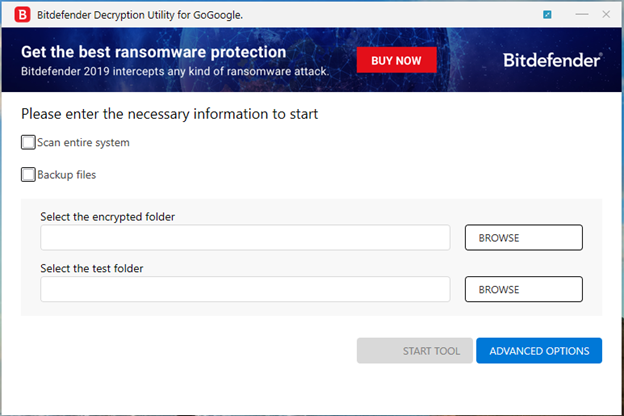 The “test folder” must contain two pairs of original/encrypted files which will be used to determine the decryption type. It is essential that this folder only contains two pairs:

Users may also check the “Overwrite existing clean files” option under “Advanced options” so the tool will overwrite possible present clean files with their decrypted equivalent. 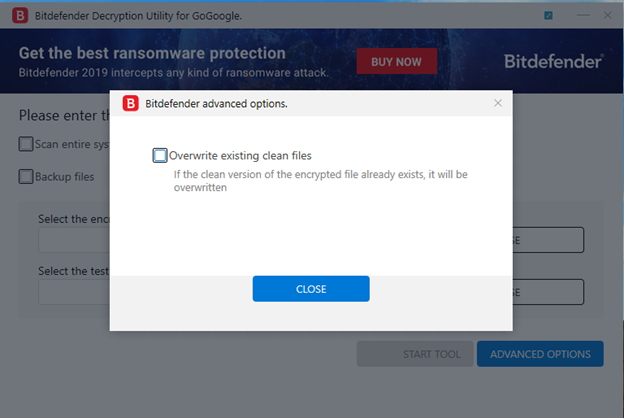 The tool can also run silently, via a command line. If you need to automate deployment of the tool inside a large network, you might want to use this feature.